If someone gets shot, and no one hears it, has that person truly been shot?

There were two murders over the weekend, but like most people, you probably didn’t hear about it. Even an avid follower of news would have easily missed it. Why? Because no one covered it. The little coverage eventually surfacing was sparse, bereft of detail, and filled with errors.

It’s a sad reality, a symbolic indicator of our collective disconnect and resignation to accept low standards, when people getting gunned down in the streets is no longer news. The loss of human life is relegated merely to another dot on an already crowded crime map. The shooting’s added to a list, a numerical statistic chronicling the battleground that is Baltimore.

Are we embarrassed by all the violence? Doubtful. Perhaps we’re tired of hearing about it. That’s scary. With problems as systemic as ours, ignoring and denying them certainly won’t make them go away.

So back to the two murders. The first happened early Sunday morning. At 1:40 a.m. Baltimore Police announced via twitter:

No further details were ever released by the police, but 59 minutes later, after arriving on scene, this writer tweeted the following via www.twitter.com/BaltoSpectator:

Sunday’s news saw no mention of the shooting. One wonders why a news paper, the daily paper of record, the only paper really, the largest local media, having a website and able to add news before press time, often finds itself so slow to break news. That’s if they ever mention it at all. Indeed many shootings never make the news.

It would not be until 7:45 p.m. that Justin Fenton of the Baltimore Sun reported the following in referring to the two weekend shootings;

“The first occurred about 2:30 a.m. Sunday in the 4800 block of Liberty Heights Ave., in Northwest Baltimore's Howard Park neighborhood.”

Just a second, if the police tweeted the shooting at 1:40 a.m., how come the Sun says it happened at 2:30? The case for having different voices in local media continues to be made. Without new media, including independent and alternative blogs and sites like this, who’s going to keep an eye on the establishment media? Who’s going to compel them to offer more comprehensive coverage of the scourge of violence destroying this city?

While having good sources and talking to spokesmen and public relations people is essential, often times, this is not a substitute for planting two feet on the ground and pounding pavement.

In Part II we’ll discuss the second shooting and how citizen journalism fills in the gaps.

BREAKING: Arrests Made In Greenmount Killing 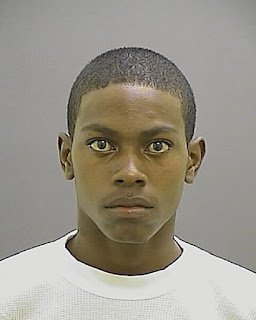 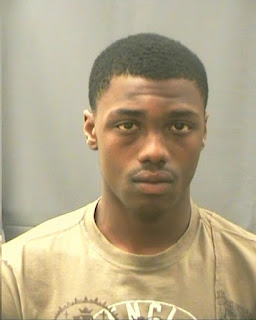 Greenmount Solidarity Walk, A Show Of Support, Working Together 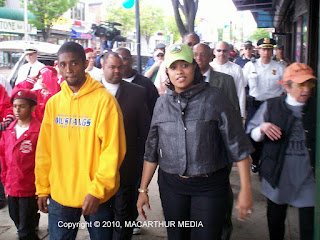 Rally Had A Lesson On How Government Should Function
By A.F. James MacArthur Ph.A.L.
Mayor Stephanie Rawlings-Blake and a host of top Baltimore City government officials gathered on Greenmount Ave. in a show of force and support. “We want you to come out to Waverly, come out to Greenmount, but don’t bring any trouble with you" said City Council President Jack Young. “If you bring any trouble here, we got something for you.”"

A week ago today, right at Greenmout Ave. and 33rd St., the main intersection of the area, 21 year-old Damon Minor was shot and killed in broad daylight. His assailant chased him down the street firing numerous shots striking him thoughout the the body and head. The brazen attack, on a crowded street sent out shockwaves, rattling the Waverly community.

48 hours before, 72 year old Charles Bowman was shot and killed inside the Yau Brothers Carry Out Restaurant in a robbery gone bad. The Greenmount Ave./Waverly area is no stranger to violence.

Last year three people were shot inside the same Yau Brothers restaurant, leaving two dead and one seriously wounded. Several years ago, the manager of the Blockbuster Video store was shot and killed inside the store. The store permanently closed its doors as a result. The incidents all happened within the same two block radius. Spread the circle out a bit further, count other types of crimes, and the crime map becomes way too clustered and filled with too many incidents to make any sense of it.

As Mayor Blake and her entourage including Council President Jack Young, City Councilwoman Mary-Pat Clarke, City Councilman Carl Stokes, Police Commissioner Frederick Bealefeld and Fire Chief James Clack led the way, a crowd of approximately 200 people followed. Among them were local residents and business owners all out to send a message that the recent spike in violence was not acceptable and would not be taken lying down.

Hit especially hard are the merchants on Greenmount Ave. who complain that a week later, things have been tough. They say the recent violence have folks no longer feeling safe and there’s been a noticeable drop in foot traffic. Fighting to eradicate urban decay and turn things around, the merchants have a vision of Greenmount as a Waverly Main Street. A safe place to take your family shopping, dining and to experience a traditional Baltimore neighborhood.

Without a sense of safety and security, these businesses already dealing with a weakened economy, will only suffer further, with some of them not making it.

With so many heads of local government including Assistant Commissioner of Code Enforcement Eric Booker, even the Director of the Department of Transportation Alfred Foxx, it was the perfect gathering of different parts of government all coming together in the same place, at the same time, focusing on a simple central mission, and sending a clear message to the community. To those that want a better Baltimore, we’re behind you. To those who bring violence, you won’t be tolerated.

If only Baltimore City government actually functioned on a day to day basis with such cohesiveness, clear purpose and focus, what a better place this would be. Perhaps our leaders need to get out more, A LOT MORE…ALL OF THEM, together, AT THE SAME TIME, neighborhood by neighborhood. Followed up by solid continued action, there would actually be chance to reclaim this city from the current direction of destruction we’ve been headed in for some time now. 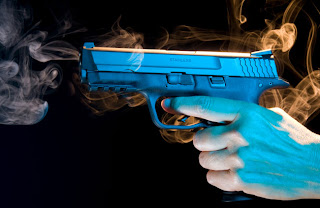 Four Overnight Shootings Leave Three Dead
By A.F. James MacAthur Ph.A.L.
Despite continued cries of a so called crime decline, officials touting all sorts of statistical reports claiming reductions of violence in Baltimore, and the media all to willingly echoing the stats, is Baltimore honestly getting any safer?

The last 24 hours should serve as a reminder, as if one was needed, Baltimore remains an ever violent and dangerous city. Although so far this year reported murders are down, the high degree of mortality on the streets would put only the most naive Pollyanna at ease.

Baltimore Police's twitter feed gives a glimpse of SOME of the most violent crimes of the past day, the shootings. This of course does not take into account any muggings, assaults, robberies and all sorts of criminal activity that you, the general public, will never learn about.

It doesn't help when Baltimore Police continue to respond to calls, yet file no reports. Had I not witnessed this with my own eyes this week, I wouldn’t say this (more on that later, if they don’t silence me).

One of the victims of Kenshaw place is dead, and the man shot on N. Milton St. is also dead.

The shooting at 1230 E. North Ave. resulted in homicide. This is the same immediate vicinity of a homicide occurring last Sunday.

1121 N. Milton also resulted in death. A separate piece will be filed for this incident.

Police stated no known connections, nor motives for any of the shootings, but they give a snapshot at how widespread the random violence can be in this city.

At this time there are few details on the above shootings, but don’t tell that to the Baltimore Sun. As of 8:30 A.M. this morning they haven’t a single mention of the above crimes. For being the so-called news paper of record, how pathetically sad and disappointing, yet oh-so-typical.

This writer was the only representative of local media at the shooting. It’s a sad day when violent loss of life no longer warrants on scene news coverage, or when your collective local media is so weak, impotent and anemic, they just aren’t able.

Troubled Greenmount Ave. The Focus Of Demonstration To Turn Things Around

BEGINNING AT DARKER THAN BLUE,

please join us as

then south on the eastside of Greenmount to East 29th,

then back, completing the circuit.

We have suffered a sudden and unacceptable spike of violence in recent weeks along our Waverly Main Street.

Police, Fire and all of Baltimore City support our efforts now

to restore the safety and security we require.

Please turn-out to signal the turn-around.