By A.F. James MacArthur
Agitator In Chief
On Twitter: @BaltoSpectator

"The eye sees only what the mind is prepared to comprehend."

As 2016 approaches, I'm struck by the level of ignorance still prevalent with many Americans. Particularly among white Americans on matters of social justice and equality. This isn't just any ignorance, but voluntary ignorance.

In an age where truth and knowledge is readily attained by anyone with the desire to seek it, there's a persistent inclination among many to cling to mistruth and propaganda.

On more than one occasion during the past year, in social media conversations when 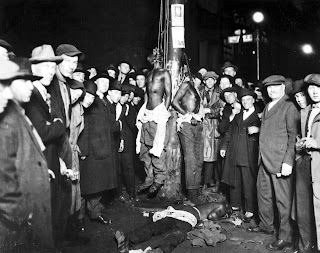 It should be noted, though seldom used, the original full name was the Black Panther Party For Self Defense [emphasis added].

Leave it to white supremacy to portray an organization like the Black Panthers, formed for protection from continued merciless attacks and oppression, as "terrorists" or criminals. After all, if you're not "with us, you're against us" right? So says white supremacy. Therefore any organization seeking to fight the power and dismantle the status quo must be evil.

Generations of Americans have been spoon fed gross distortions and disinformation regarding the Black Panthers and other black liberation organizations. The fight for freedom and equality is deliberately misconstrued and portrayed as one that is criminal or trouble making. This is how the elite maintain power.

Incidentally, during his time, Martin Luther King and his non violent civil disobedience was viewed and portrayed the same way, but eventually mainstream history raised him up as the poster boy of respectability politics. 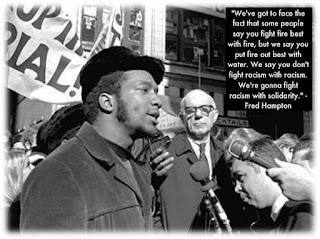 Unlike the KKK, the Panthers did not swoop in on white neighborhoods and terrorize it's citizens, while threatening the lives and freedoms of the people living there. They didn't bomb any white churches, nor did they snatch up white men and lynched them, leaving their bodies hanging as a message to others who dare stood up for themselves.

Since their earliest moments on the American continent, white men carried and used guns to exert their dominance and influence with impunity. When Native Americans were being slaughtered as their land was being stolen from them, there were no calls for gun control. White lives were worthy of protecting. By any means necessary. Even while committing criminal acts against others.

But it was another story for black men.

Martin Luther King kept guns at his house. So did Malcolm X. King stayed quiet about his armament while X was more vocal in stating he wouldn't hesitate to protect his family if they were attacked in their home. This played a more prominent part in their characterizations in the media than you probably realize.

Some of the earliest gun control laws had absolutely nothing to do with crime control or reducing violence, but were aimed directly at law abiding black men. The Panthers in particular. They came as a reaction to the new found assertion by black men, of the their second amendment rights in the 1960's.

It doesn't matter that the second amendment existed for all Americans. The moment black men began exercising the rights to bear arms in public,  white America lost its collective mind. It's a little known fact, but even the NRA at that point suddenly began to call for gun control.

When it became known black men were arming themselves, white people thought; this wasn't supposed to happen. We can't let it happen. It's scary! After all, these were members of the same race that had  been persecuted for long in this country. Could they be intending to possibly settle the score? 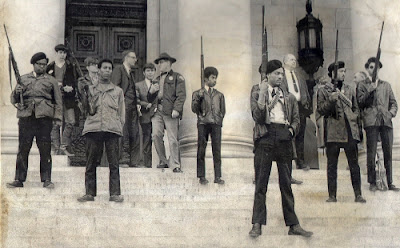 All sorts of paranoia and fear was purposely planted in the white community in reaction to the new militant, public display of Black America's desire to exercise self determination and self preservation. The very same qualities conservative Americans and members of the Republican party claim to be all about. Except when practiced by groups of black men apparently.

If it wasn't for terror organizations like the KKK who tormented, beat, tortured, lynched and killed legions of Black Americans, all with the tacit approval and tolerance of the United States government, and often with the assistance of local law enforcement, there would be no need for a Black Panther Party. There would have been little appeal to the Nation of Islam.

But America being what it is, despite cheap talk and meaningless rhetoric, really didn't do much to protect the civil rights of Black Americans after emancipation in 1865. 100 years later we still had to march in the streets singing "we shall overcome" and demand what the law said we were already supposed to have. Equal rights.

In response, there were more beatings, bombings, lynchings and assassinations. Dogs and fire houses were used on peaceful demonstrators.

Meanwhile via sophisticated infiltration, disinformation, public propaganda, and outright fabricated, trumped up charges; government programs and initiatives like COINTELPRO systematically dismantled the Panthers and other facets of the movement, while simultaneously utilizing the media to disparage their reputation and distort the truth. 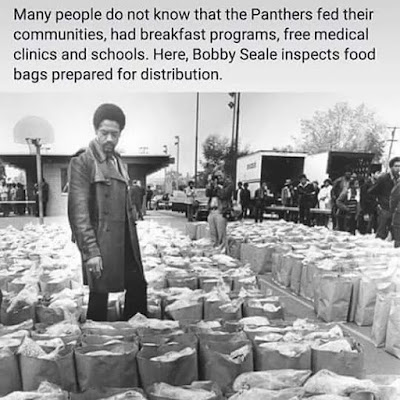 Today, despite the plethora of well documented articles, dissertations and scholarly publications detailing these facts, you still have many (white) people who will downplay, deflect, or straight up deny the veracity of this simple truth.

Kinda like people who still insist the Confederate battle flag is about heritage and not hate. But that's another story all together.

This sort of ignorance can only be determined to be one that is chosen.