"Sorry about all this. Call me when you get a chance."
For stabbing his baby mama Lakisha Frye seven times and nearly cutting off her ear, Colin Akin Johnson was sentenced to 20 years in prison. A judge ordered him to serve five of those years. After only three years and three months behind bars he was released.
The two had allegedly renewed their tumultuous relationship and Mr. Johnson sent the text above after a heated argument. It would turn out to be the most costly text message ever sent.
The Frederick News Post has more.
Email ThisBlogThis!Share to TwitterShare to FacebookShare to Pinterest
Posted by MacArthur Media Staff

Change, You Call This Change? 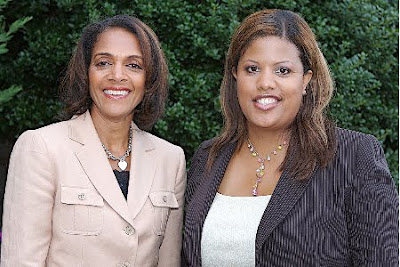 Current Baltimore Leadership A Result Of Low Standards & Expectations
By A.F. James MacArthur Ph.A.L., Managing Editor
Last week saw the culmination to a long drawn out ordeal. After years of being a controversial and polarizing figure, Sheila Dixon was put to pasture politically. Like an old horse no longer effective in its duties, but not so worthless that it should be butchered, Sheila Dixon was given a chance to slowly fade away.

No more presidential snubs, or Jay Leno jokes, no more international headlines bearing the dubious distinction of yet another failed, disgraced, criminally convicted, black democrat politician. Believe it or not, to most living outside Baltimore, this became all we were known for. Even my friends in Europe brought it up. They voluntarily shared their views regarding Sheila Dixon. How embarrassing.

Shamefully, this all could have been avoided if Baltimore truly wanted change. One of the most perplexing matters to me is how a large body of voters who so enthusiastically rallied for and elected Barack Obama to the presidency are the same people who continuously re elect tired, worn out, worthless incumbents.

Baltimore has no issue with electing the same people over and over again, even when they fail to produce the results so desired by all. Putting the same names and faces back in year after year just to be lied to and have promises broken has become acceptable in Charm City.

Last election gave Baltimore an opportunity for change, to truly make a difference, instead we saw establishment politicians remain in their status quo positions. Some were even promoted without showing why they deserved it.

The late Ken Harris was a true champion of the people. Passionate, intelligent and connected, not bought or bossed by the machine. He would have made a most excellent City Council President.

In the Mayor’s race, Del. Jill P. Carter burst on the scene as a principled, proven independent voice. A legislator that shows no blind loyalty to party lines or special interest groups or rich business developers. The chance for true change layed right at your fingertips Baltimore, but you fell for the same old song and dance that’s been used to pimp our people for decades. Now look what you got.

Let’s not even get into how after nearly eight years of the disastrous O’Malley Mayorship, you people turned around and promoted him to Governor. After leaving Baltimore an utter and complete mess in nearly every category that counts, you thought he did such a good job that rest of Maryland should have a chance to suffer with us.

Mayor designate Stephanie Rawlings-Blake openly admits her close ties and allegiance with Governor Martin O’Malley. The man who took this city to a place, even most Dixon supporters don’t ever want to see us go again. Besides viewing him as a mentor and personal hero, she even relies on some of his cast off staff members to run her office. Change? You call that change? YEAH RIGHT!!!