To the world, Baltimore Police brutality is about Freddie Gray. To black people in Baltimore, it's reality everyday.

There will be no #OneBaltimore without once and for all,  we all be honest about the destructive, oppressive force that police terror has been in the community. The time to minimize and deflect is over.

Slogans are hashtags are nice, but we need much more than that right now.

Misplaced priorities, criminally negligent neglect, and even straight up prosecutable fraud are all part of why so much of black Baltimore -- just 45 minutes north of the nations capital --  finds itself in 2015, existing at a standard of living on par with third world countries. For them, there is no American dream, only nightmare.

Things had been really bad for a while. Long before Gray was killed by Baltimore Police, a culture of corruption had permeated this department and had come to resemble more of the norm, a standard operating procedure of oppression, than an exceptional or occasional occurrence.

The truth is, through the years, case after case of inexcusable brutality executed by Baltimore Police had been brought to light. None of this was seen as a need for reform. If it did, it would have happened by now. The response has typically been; do what's needed to quiet it down, change the subject, and make it go away.

Some folks were paid out in settlements, others had their cases dismissed through technicality, but what was lacking in all was true justice. The offending officers mostly remained on the job, many getting promotions, only to continue their reign of terror and worse, train and instruct a new generation of officers to carry out the same.

According to the New York Times:

"The Baltimore riots threw a spotlight on the poverty and isolation of the African-American community where the unrest began last month. The problems were underscored on Friday when the Justice Department, in response to Mayor Stephanie Rawlings-Blake’s request, started an investigation of the Police Department, which has an egregious history of brutality and misconduct.

Other cities are plagued by the same difficulties, but they have proved especially intractable in Baltimore. A new study from Harvard offers evidence that Baltimore is perhaps the worst large city in the country when measured by a child’s chances of escaping poverty.

The city’s racially segregated, deeply poor neighborhoods cast an especially long shadow over the lives of low-income boys. For example, those who grew up in recent decades in Baltimore earn 28 percent less at age 26 than otherwise similar kids who grew up in an average county in the United States.

As shocking as they are, these facts make perfect sense in the context of the century-long assault that Baltimore’s blacks have endured at the hands of local, state and federal policy makers, all of whom worked to quarantine black residents in ghettos, making it difficult even for people of means to move into integrated areas that offered better jobs, schools and lives for their children. This happened in cities all over the country, but the segregationist impulse in Maryland generally was particularly virulent and well-documented in Baltimore, which is now 63 percent black." 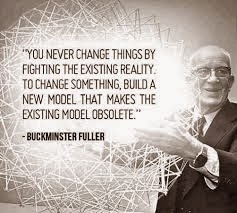 To anyone closely observing, we've seen a mayor and a police commissioner do very little besides talk, when it comes to bringing about real change and desperately needed reform. They both need to go.

Where are the proactive efforts to rout out the cancer before it spreads to the whole body? The deep dysfunction and corruption is real.

Leadership that had everything to do with getting us in this mess in the first place, cannot be entrusted to get us out of it. They wouldn't know how even if they tried.

Talk of #OneBaltimore is sickening when the more crucial part of the conversation, identifying the elements that fractured it in the first place, are left out. It's like a patient telling the doctor he has a bad headache, and the doctor simply saying; here, take this pill, it'll  ease your pain. But what is the source of that pain to begin with?

Meanwhile a malignant tumor lay just inside his skull, and with each passing moment its tendrils dig in deeper, and due to lack of proper treatment, eventually totally takes over, resulting in death.. The pill may dull the pain, but the root of it remains.

No physician can find a cure, or bring a remedy, without first identifying the disease. But right now from leadership, we see a rush to jump on a popular bandwagon of "unity" and "healing" while the true diagnosis and extent of the grave illness remains unspoken of. This in itself a dishonest deflection. On the surface it bears the appearance of care and compassion. But in reality, it's the easy way out. All symbolism, no substance.

Mayor Stephanie Rawlings Blake has been an elected official in the the City of Baltimore for over 20 years now. Yet you would be hard pressed to find her on the record acknowledging the true depth or severity of the brutality and misconduct in Baltimore Police except for in recent times. Her denial and notorious dismissiveness is criminal in itself. It has aided and abetted the tyranny practiced by this department. Her unwillingness to strongly denounce it, even now, is a form of tacit approval and consent.

At least Police Commissioner Anthony Batts has on more than one occasion been willing to admit that the police department is part of the problem. This is crucial. The mythical mantra of a "few bad apples" is not what we need to hear, when all around it's clear, the problems here are deeply systemic, representing a culture and an environment that's long been giving a pass for lawlessness under the color of law.

We have not heard this mayor come right out, and like Commissioner Batts; say straight up; we (city government and police) have been PART OF the problem.

Even in her reluctant call for a federal Department of Justice investigation, and other public posturing, the mayor has yet to strongly condemn the departments history of brutality and criminality as a whole.

Despite having paid out millions upon millions over the years for settlements due to the pleathora of lawsuits, the mayor and some of her co-conspiritors of disinformation would prefer you to believe the issues are isolated. They are not. 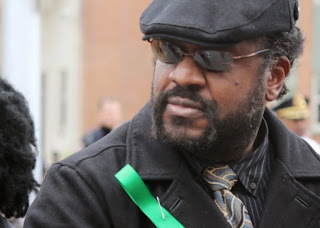