Baltimore Makes List Of Poorest Cities In The Nation #StateOfTheCity

By A.F. James MacArthur
Agitator In Chief
On Twitter: @BaltoSpectator The real life conditions of Baltimore -- beyond the fictional portrayal of The Wire -- continues to be way worse than Mayor Stephanie Rawlings-Blake would like you to know. Though some are living well, forget what you heard, life in Baltimore is hard.

In the latest report based off reliable data, Baltimore is placed on a list of the 11 poorest cities in America.

Last December, the Census Bureau released its Five-Year American Community Survey (ACS). It aims to assist in the annual distribution of over $400 billion in federal and state funds to communities across the country while supplying those districts with data they need to help plan municipal investments and services.

A California-based online research group, FindTheBest.com, used that ACS data to compile a list of the nation's 33 poorest cities.

The report tells us the following sobering truths: 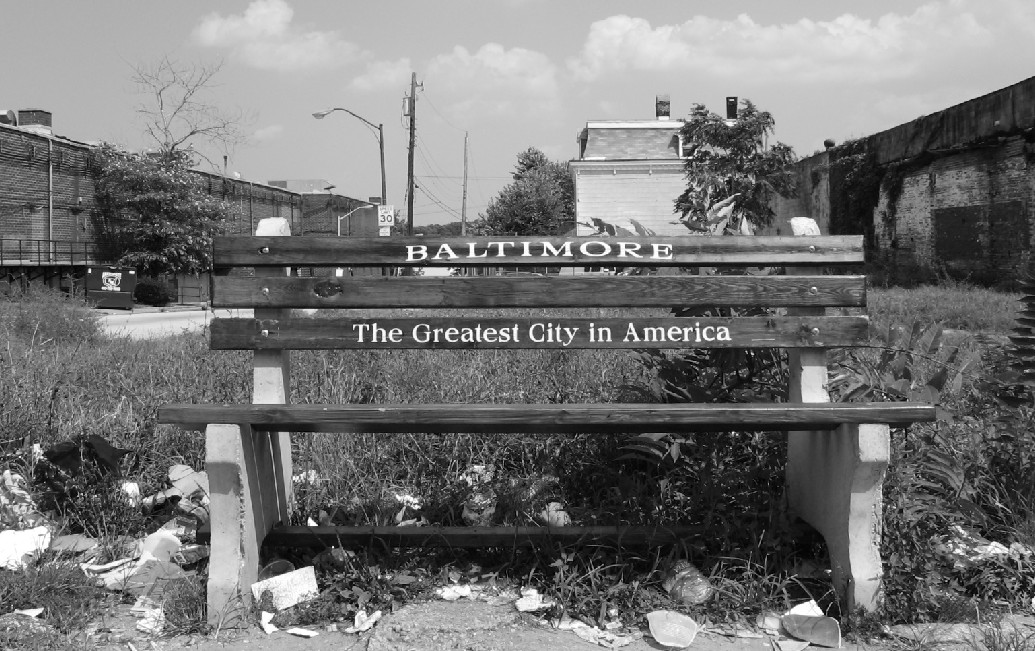 Another city hit hard by the recession is Baltimore, whose unemployment rate stood at nearly 10 percent last summer. The city also is dealing with a relatively high cost of living and a low job growth rate. Baltimore lost around 5 percent of its population between 2000 and 2010, as people went elsewhere for work. And experts say many of the city's residents who were once getting by economically have fallen below the poverty line.

When Mayor Blake gives the annual "State Of The City" address on 23 February, you can be certain this is something she won't be talking about. In the meantime, don't expect Baltimore media to mention it either.

The Baltimore Spectator was first to report the cities placement on a list of The Worlds 50 Most Dangerous Cities. Baltimore media continues to ignore that one as well.

Clearly, part of the Charm in Charm city is lulling oneself into clinging to a false denialist sense of reality, while ignoring very grim, pressing social and economic hardships, steadily crippling an already long beleaguered city.

Having landed on two separate lists of dubious distinction in just the first two months of the year; one wonders as 2015 wears on, how many more honorable mentions the one time Jewel Of The Chesapeake will receive?

There seems to be no strategy to address the very real factors causing the city to be on these lists. The decision for continued denial seems to be a standing order among politicians and the press.

Perhaps Mayor Blake can find solace in one fact revealed by the report; Detroit was number one.

As Director of the MacArthur Institute Center For Advanced Analysis and Critical Comparison; occasional media critic, researcher, independent investigator, and entrepreneur, A.F. James MacArthur is Baltimore's most well known independent journalist contributor. A member of the underground news network for over 20 years. During this time, he's been a frequent subject of attack by government under the guise of law enforcement. Although closely watched and followed, he's often boycotted from being given any credit for his work by mainstream media.
----------------------------------------------------------------
Get Better Connected With Me
Email MacArthurMedia@gmail.com, @BaltoSpectator on twitter, Spreaker web radio, BlogTalk Radio, Baltimore Spectator on Facebook, YouTube channel
Email ThisBlogThis!Share to TwitterShare to FacebookShare to Pinterest
Posted by MacArthur Media Staff